The New Brunswick Central Railway is an HO scale freelanced railway (created by Tim Steeves) that operates on former CN and CP trackage in the central and western part of New Brunswick, Canada, loosly based in the late 2000's/early 2010's. Head Office is in the former CP station in Fredericton, with the main yard and engine facility in South Devon (just across the river from Fredericton). There is also a sizable yard in Woodstock with a small roundhouse for minor work. Unlike most railroads nowadays, the NBC still operates every train with cabooses. Interchanging happens at Edmundston (CN - all points west in Canada), McGivney (CN - all points east), Miramichi (CN - all points along the NB east coast), Presque Isle (Montreal, Maine & Atlantic Railway - all points in northern Maine), McAdam (NB Southern Railway - all other points in the USA), and Fredericton Junction (NB Southern Railway - Saint John and area). 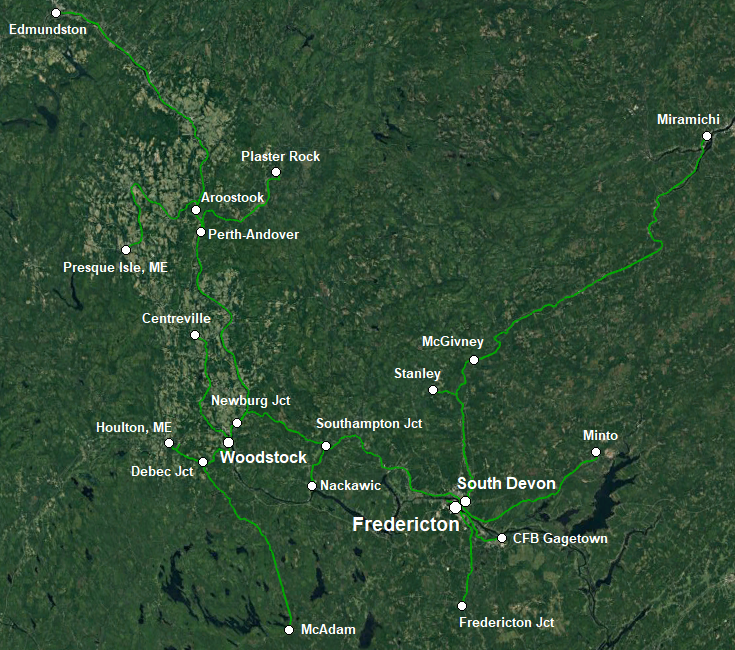 Any questions or comments about this site please feel free to email me at tdsteeves155@yahoo.ca.